Dubai Positioning Itself to Embrace the Rebound of Digital Assets 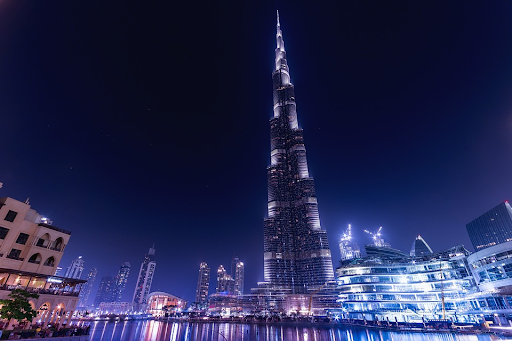 Despite the previous downturn in the digital assets market, there are a myriad of groups putting their weight behind them. Dubai, one of the seven states comprising the United Arab Emirates has made several moves over the past year, embracing the currency with open arms and investing heavily not only in regulatory framework and streamlining but also introducing itself as the social hub of the Metaverse.

The United Arab Emirates can be considered the financial center of the Gulf region, and Dubai has taken point in attracting digital assets and regulation to attract business by forming VARA. Per their mission objective, VARA’s goal is to create an easy to replicate framework and set standards to regulate the digital asset industry and provide an example for others to follow. The framework has enabled digital asset companies to move into the region more comfortably with a clearer regulatory path to follow. It is hoped that Dubai will eventually become a hub for the metaverse as well as creating tens of thousands of remote work and capitalize on its low tax rate and proximity to local talent hubs to help bolster the city’s economy.

In March 2022, the Virtual Asset Regulatory Authority (VARA) was formed in Dubai, which then granted a license to Binance to conduct operations in the city including trading, custody, and portfolio management services as well as set up a blockchain technology hub in the Dubai World Trade Center. Blockchain.com won a similar contract with VARA in September to offer a similar tranche of services, and more exchanges and firms have been authorized to proceed as time passes. As the year has passed, firms such as OKX, Huobi Global, and Komainu have all secured approval to operate within Dubai for blockchain and digital asset-centered services.

Following that, the Dubai Financial Services Authority (DFSA) announced a raft of regulations in October, and followed up with a second round in early November. This round of regulations addresses anti-money laundering (AML) and countering the financing of terrorism, as well as guidance on market integrity and custody as well as consumer protection. According to chief executive Ian Johnston, “Our work to develop a comprehensive Crypto Token regime has taken into account feedback from a broad range of stakeholders. It aims to strike a balance between encouraging innovation in the DIFC and protecting the consumers of these financial products.”

Henri Arslanian, former Crypto Leader and Partner of PricewaterhouseCoopers departed the company in August to set up a $75 million digital asset fund in Dubai. Going by the name of Nine Blocks Capital Management, it has been granted provisionary regulatory approval to operate in the city. Although Arslanian had the choice of several potential locations for his firm, he chose Dubai citing regulatory approval time and the ease of travel. Other known hubs for digital assets such as Singapore, Hong Kong and Seoul have placed the industry under increased scrutiny; in particular, Sopendu Mohanty of the Monetary Authority of Singapore indicated that his organization would be “brutal and unrelentingly hard” on firms. In contrast, Carlton Lai of Daiwa Capital Markets indicated that Dubai has been very generous and moved quickly to approve operating licenses, and that regulatory bodies in other countries have flipflopped which has made it difficult to feel confident in laying down roots.

Dubai has also been home to an increasing number of digital asset-oriented gatherings and conferences. CryptoFest 2022, an all-inclusive festival focusing on GameFi, trading, mining, and DeFi took place in Dubai in October, as did the Future Blockchain Summit which entailed topics including the Metaverse as well as enterprise blockchain. The World Blockchain Summit also took place in Dubai with a focus on blockchain and Web3 events. Coming up in late November is Decipher, an event that will allow attendees to sign up for individual mentoring sessions and experience play-to-earn games, as well as view an exclusive NFT art gallery. Decipher is planned to be one of the most expansive events yet, featuring speakers from over 120 speakers from firms across the ecosystem. Due to its central location and ease of access along with its approval of digital assets, Dubai is quickly positioning itself as one of the premier locations to hold conferences.

Finally, Dubai-based firm BitOasis has partnered with Mastercard to make digital assets more accessible and easily used for daily purchases, which has been one of the most elusive and difficult to capture markets. According to BitOasis CEO Ola Doudin, based on their research they believe that 47% of the Middle East population feels that “crypto is the future of money.” The card will convert assets into fiat currency on demand, more easily enabling the spend of assets without needing to wait for confirmation or enduring high transaction fees which may not be suited for small purchases. In addition, the cards will offer payment protection and dispute resolution, features generally not available when paying with the assets themselves. According to BitOasis’ research, a third of residents in the United Arab Emirates own cryptocurrency, and another avenue for these funds to enter circulation will certainly prove useful in a country that is increasingly embracing them.

Dubai has positioned itself as one of the premier hubs of digital assets. It is clear that the citizenry of the United Arab Emirates has a vested interest in their success, and through accessibility and regulatory framework it is positioning itself as success as the market continues to trend towards its recovery.