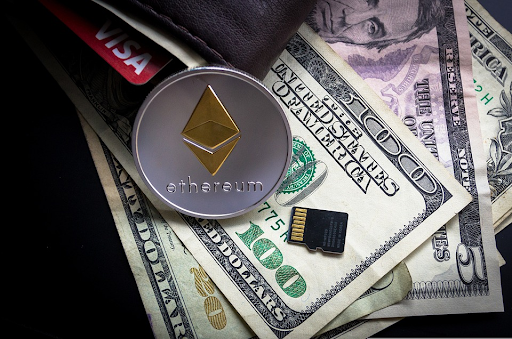 According to a study conducted on behalf of Fidelity Digital Assets, seven out of ten institutional investors expect to invest in digital assets In the future. Moreover, almost half of those respondents stated they are already invested in them. Despite the common perception of a “crypto winter” it appears that institutions are still bullish in investing and have maintained their holdings even despite Bitcoin’s precipitous fall earlier in the year.

BlackRock is the world’s largest asset manager with over $10 trillion USD under management, and over the prior month they have been making some extremely bullish moves on digital assets. Coinbase has been sent reeling by the Bitcoin price plunge, having laid off 1,100 employees (18% of its staff) earlier in the year. In August, BlackRock announced that it will allow its institutional investors using their Aladdin portfolio management software to trade Bitcoin through Coinbase Prime, giving the platform a much-needed shot in the arm. As Coinbase Prime offers specialized tools for actively trading rather than straight HODLing, they appear to be targeting more risk-tolerant, active investors. Joseph Chalom, Global Head of Strategic Ecosystems Partnership commented, “Our institutional clients are increasingly interested in gaining exposure to digital asset markets and are focused on how to efficiently manage the operational lifecycle of these assets … This connectivity with Aladdin will allow clients to manage their Bitcoin exposures directly in their existing portfolio management and trading workflows for a whole portfolio view of risk across asset classes.”

BlackRock then followed up by launching a Bitcoin private trust to institutional clients in the United States as well as adding the iShares Blockchain Technology UCITS ETF to its suite, providing European clients similar exposure to digital assets. Over 35 companies comprise the European fund, constituting primarily of miners and exchanges but also firms that support the ecosystem as a whole; the largest holdings in the fund include Coinbase, Block, Marathon Digital Holdings, and Riot Blockchain. Bloomberg further reported just on September 29 that BlackRock may yet be working on yet another Metaverse-focused ETF called iShares Future Metaverse Tech and Communications ETF.

The asset manager appears to be focusing on making digital assets cost-effective, sustainable, and accessible. BlackRock also cited the Energy Web Token in their press release, indicating a desire to ensure the space moves towards decarbonization and sustainable energy and that Bitcoin and other asset mining operations are conducted responsibly. It’s noteworthy that BlackRock commented that Bitcoin was “an index of money laundering” in 2017 when the price was only a few thousand dollars below what it is now, so it is interesting to see such a turnaround from such a large asset manager.

BlackRock is not the only financial player with skin in the game – many others are focusing on ways how to make digital assets more accessible to institutions. On September 30, NASDAQ announced the launch of “NASDAQ Digital Assets” with the intention of providing custody services, risk mitigation, and anti-money laundering and fraud detection services. Tal Cohen, head of North American Markets at NASDAQ summarizes institutional sentiment by stating, “Demand among institutional investors for engaging in digital assets has increased in recent years, and Nasdaq is well-positioned to accelerate broader adoption and drive sustainable growth.” Adena Friedman, CEO of NASDAQ concurred: “The technology that underpins the digital asset ecosystem has the potential to transform markets over the long-term. To deliver on that opportunity, our focus will be to provide institutional-grade solutions that bring greater liquidity, integrity, and transparency to support the evolution.”

Other large institutions and traditional finance groups are taking notice. Prior to the Ethereum Merge, Swiss bank SEBA opened a service to allow institutional clients to stake ETH and participate in the network’s success. Bank of America is also indicating that institutional investors may be able to participate in Ethereum staking, as the recently completed Merge means that it is no longer subject to their moratorium on proof of work assets. Ethereum staking is increasingly being viewed as a potential competitor to traditional investment vehicles such as bonds, and the number of participants along with the total value staked continues to rise.

Finally, the phrase “Bitcoin is my retirement plan” is a phrase that has been stated either in jest or with a completely straight face, but a hot-off-the-presses development shows that may just become a reality. The United States Senate Committee on Banking, Housing, and Urban Affairs has introduced the Retirement Savings Modernization Act that if passed would allow 401(k) participants to invest in digital assets as part of their retirement plan. Fidelity has already offered the option to hold Bitcoin itself in their plans as of earlier this year, but the bill would allow further exposure to ETFs and other funds that invest in digital assets, rather than needing to hold the assets themselves.

Despite Bitcoin lingering near its floor at $20,000 for nearly a quarter now, institutional interest in Bitcoin still appears as strong as it ever was. If the price was the only thing propping up the space, then interest in further developing it would have evaporated when the price fell, yet that is clearly not the case. According to data from Glassnode, the market share of investors transferring more than $10 million rose to over 80% in September from a mere 30% at the start of the year. Taking the institutions’ actions at face value, it appears that they expect positive price movement at some point in the near future.