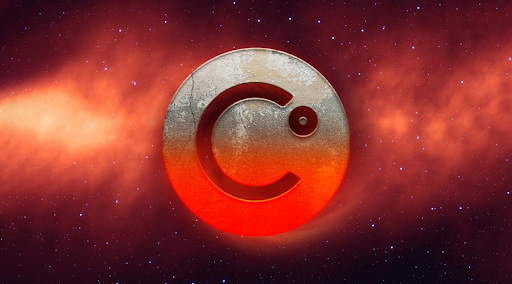 Following on the high-profile collapse of Terra a month prior, the Celsius network has filed for Chapter 11 bankruptcy protection while halting transactions and withdrawals. While the two networks had much in common, such as offering users unsustainable high rewards, their stories have nonetheless subtle differences. It’s important to examine what led to the collapse, and how other platforms and services can avoid the same fate, even in the midst of a heavy bear market.

Celsius Files for Bankruptcy in July

The Celsius Network announced on July 13 that it was filing for Chapter 11 bankruptcy after pausing transactions the month prior, which sent the price of Bitcoin down with it. The network cited “extreme market conditions” and that it was freezing assets in an attempt to stabilize the network. However, a review of the balance sheet indicated that the vast majority of its liabilities were customer holdings and the platform kept an astonishingly low amount of cash to support its operation – only $167 million, compared to its claimed $11.7 billion of assets under management. Celsius also promised extremely high yields to investors for staking assets, reaching up to almost 19% at certain points.

Because Celsius promised such high returns to depositors, Celsius itself had to invest in high risk investments such as staked Ether (stETH); according to Ape Board, Celsius had more than $400 million in stETH when the Terra project collapsed and drove down its price. After Celsius halted withdrawals, the stETH price was pushed down even further. Due to this and a confluence of other market factors, it soon became untenable for users to withdraw funds from the site.

Despite this, the fine print in the Terms of Use indicated that access to deposits during an insolvency event may not be guaranteed. They additionally stipulated that the lender owns the funds throughout the lending process, which means that should the platform go bankrupt, those depositors may be left holding the bag. At this time, that’s precisely what has occurred, and nearly $8 billion of deposits have been frozen. At this point, it is unclear whether depositors will be able to retrieve their funds, but given the collapse of prior digital asset entities that guaranteed improbably high yields such as GAW Miners and Bitconnect, it is unlikely that there will be much, if any, relief coming.

What lessons can be learned

Any investment opportunities that guarantee high yields should be scrutinized extremely carefully. This has always been the case for traditional investments, and certainly extends to digital assets as well. Investment by its very nature entails risk; the only way to passively earn returns without risk would be something akin to a traditional savings account, in which case it is very unlikely that your returns will even beat inflation. One of the reason depositors felt betrayed by Celsius is that it made huge promises on the front of the box about how much they could make, but hid the risk involved with depositing deep in the terms of service. While on paper the case could be made that they did attempt to warn depositors to do their due diligence, such an approach did not engender trust in the community, especially when Celsius was no longer able to honor its deposits.

Another issue is that Celsius described itself as a sort of digital asset bank, and encouraged depositors to keep their assets on the platform to earn yields. However, banks are bound by standards to maintain acceptable liquidity ratios to ensure that depositors can access their money to avoid bank runs such as those witnessed during the Great Depression. Celsius portraying itself as a “crypto bank” while simultaneously indicating that funds might not be available for withdrawal during extenuating circumstances means it ran into mutually exclusive goals; it effectively tried to claim it had the stability of a bank while offering the returns of an investment vehicle, and in the end depositors in the site wound up with neither. The lesson that should be learned here is products should not only be focused on a specific goal, but also be honest in what they offer their end users.

Thirdly, digital asset offerings should pride themselves on stability, sustainability, and transparency. Despite Celsius claiming it had $20 billion in assets earlier in the year, it also revealed that it now has less than $200 million in cash on hand for sustaining operations – repressing only 1% of its total assets. Crypto is known for being volatile, and if a service needs to pay depositors back upon demand it should plan for that eventuality, knowing that downward market swings will create high demand for individuals that need access to their money.   It’s important to plan your service so that it is solvent and functional in both bear and bull markets, since large market swings are an inevitable part of being in the game.

With the collapse of two major networks promising high returns without sufficient explanations, it’s evident that you need to carefully vet an entity before trusting them with your assets. Investment will always entail risk, and you need to ensure that who you give your funds to is transparent, trustworthy, and you have a full understanding of how your investment will be used. A proven track record of success even through bear markets is one of the biggest indicators of success, as anyone can make money in good markets, but a firm’s character will really shine in bad ones.