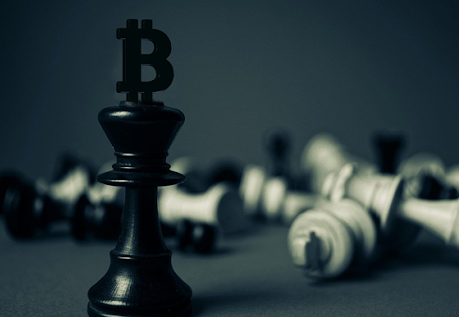 China had previously demonstrated a history of heavy-handed regulations. In December 2017, the Chinese government banned exchanges from providing services. China also progressively shut down mining operations province by province throughout 2021, many of which ended up repositioning in other countries. Later on in 2021, Chinese banks on advice of the government went a step further and began vetting client accounts to ensure that no digital asset transactions of any kind were taking place, with language that left absolutely no room for interpretation: “Institutions must comprehensively investigate and identify virtual currency exchanges and over-the-counter dealers’ capital accounts, and cut off transaction funds payment links in a timely manner; they must analyze the capital transaction characteristics of virtual currency trading hype activities […] and ensure that relevant monitoring and handling measures are implemented.” Large financial players, including AgBank, the Industrial and Commercial Bank of China, Construction Bank of China, and Alipay all indicated that they would terminate accounts involved in such transactions.

Up until now, the government has not directly decreed any action on trading, and simply let financial institutions handle it on their own. On September 24, however, the government removed all doubt and used its strongest language yet: transactions are now officially banned by law, and indicated that their supreme court, law enforcement, and Internet and securities watchdogs will act as needed to enforce the directive. Additionally, the government closed a loophole that allowed offshore exchanges to serve or hire Chinese citizens.

Even though the decree is being called a “ban” that may not be entirely accurate, as the government still has no ability to stop peer to peer asset transactions, nor is it criminalizing the mere possession of digital assets. Enforcement actions may also not be able to prevent Chinese citizens from buying assets while overseas, or from accessing decentralized finance platforms. The primary focus of the action affects mining operations and exchanging fiat for digital assets. The actual use case of using digital assets to pay for goods and services does not appear to be substantively impacted, so long as that use does not cross over into the legacy banking institutions.

How This Will Impact Worldwide Markets

The Bitcoin market has not been appreciably fazed by the Chinese government’s actions. The price dipped to $40,683 on September 21 a few days prior, mirroring other markets in response to a potential default from Chinese conglomerate Evergrande. The price rebounded to almost $45,000 on September 23 ahead of the action. Following the action, it has occupied a fairly tight range between $42,000 and $44,000. If there was going to be a catastrophic drop following the action, it would have manifested at this point. Previous governmental actions actually triggered a much greater selloff than what was witnessed over the past few days; after mining was banned in June, the price dropped 20%, but with the recent additions it moved less than 5%. In 2017, following another “ban” the Bitcoin price had reached its then-all time high of $20,000 less than three months later. It’s likely that the market has become inured to adverse news regarding the Chinese government – even as the language from them gets stronger, the impact becomes weaker as much of the effect has already been realized. Meltem Demirors, CEO of CoinShares put it succinctly; “You can only ban something once. Every ban after is an admission that you actually couldn’t ban it at all.”

What’s also being revealed is that despite the large slice that China occupied in the investing and mining space, the market has the resilience to continue on. A perfect example of this is Twitter announcing plans to allow its 300 million plus users to send Bitcoin at low cost through the platform using the Lightning network the day before the Chinese government actions were announced. While losing a large number of potential network participants is troubling, the fact that yet another swath of users has just been exposed to it has helped defray market fears. Investors outside China have seen the price falling as just another dip to buy, with a special focus placed on decentralized exchanges such as dYdX and Uniswap, as their decentralized nature makes them less vulnerable to government action. dYdX reached a new 24-hour volume record on September 27th, while Uniswap posted a 40% surge in volume. 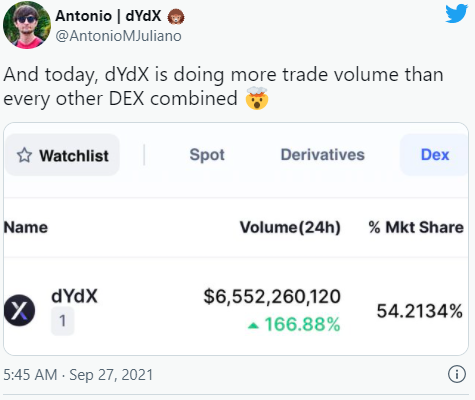 Although mining hash rate hit an all-time low following the crackdown in July, it took only three weeks for it to rebound back to its previous level as equipment was moved to other countries, or the falling difficulty level made previously dormant rigs viable again. It’s possible that the hash rate will dip in the next week or two as any smaller or more clandestine operations in China are rooted out by the stronger action, but if it does drop, it remains likely that the hash rate slack will once again just be picked up elsewhere. 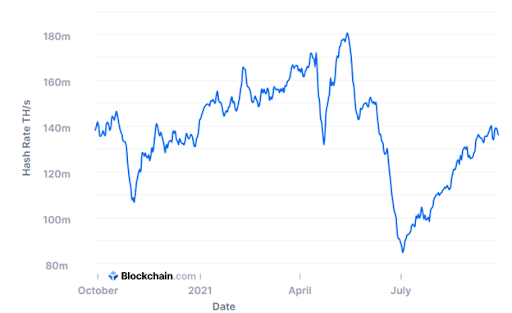 The impact of the latest wave of regulations has washed over the wider market with relatively little short term impact. While the longer term effects have yet to be seen, it does not appear at all that a mid-2021 market style market correction is in the cards. An evaluation of previous metrics such as price and hash rate show that the market is far larger than any one government’s actions, even that of the most populous nation on earth.