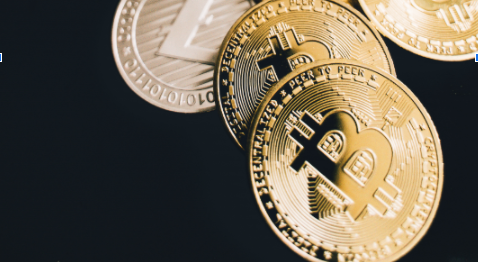 How “This One is Different”

Bitcoin has continued to make unprecedented strides over the prior year with institutions and platforms making it more and more accessible to the average consumer. Now, some analysts believe that it may shoot for the moon with 1 billion users being established by 2025. Although such an estimate may seem preposterous even to bullish investors, there is some extremely compelling evidence that such a growth rate may be possible, but potentially inevitable. Analyst Willy Woo compared the adoption curves of Bitcoin compared to the adoption curve of the Internet and noted that Bitcoin currently has the same adoption as the Internet had in 1997; however, placing the curves side by side shows that Bitcoin is growing faster than the Internet did over the same timeframe. Bitcoin only needs four more years to reach that milestone, which the Internet did in 2005. To place this into perspective, in 1997 tech industry titans like Google and Amazon had not even been formed, and modern-day SMS had only been invented a few years prior. To echo a consistent sentiment heard frequently: we are only in the early stage.

This has become increasingly evident as Bitcoin continues to set not only price records from the flurry of institutional investors that have staked their claim, but also common, everyday usage. In January, the network saw a new all-time high of 22.3 million unique addresses sending or receiving bitcoin, a peak not seen since December 2017 when the price reached a former all-time high. However, this also comes with the caution that active addresses do not necessarily correlate to active users, and the true number of people actively using Bitcoin remains unknown. When examined as a trend over time, though, it can be reasonably ascertained that an overall rising level of unique active addresses will be correlated with unique individuals on the network.

The goal, then, is to get individuals participating and using Bitcoin; not just online, but also in person. Real-world tangible use is one of the strongest health indicators for Bitcoin, as it represents a level of faith in Bitcoin that integrating it into business processes is worth the effort and risk of doing so. Over the past year, companies such as PayPal have introduced Bitcoin purchase options into their platforms which has helped skyrocket the number of unique addresses. Now, the first banking institution to offer Bitcoin purchase and sale at their ATMs has joined the fray. Blue Ridge Bank is now partnering with ATM software provider LibertyX and BluePoint ATM solutions to offer these services seamlessly alongside traditional debit card functions. Although Bitcoin ATMs are not technically new, they have always been privately owned and operated, and until this point have not enjoyed integration with bank accounts or have had other limitations, such as taking cash only. Stock in Blue Ridge Bank jumped by over 13% on the day of the announcement.

Every part of the ecosystem plays a part

After Tesla purchased $1.5 billion of Bitcoin in February, they then announced that it would also accept it as a payment method for its products. For expensive items, it has an easily visible two-prong value proposition. ACH deposits may be very close to zero cost and wire transfers generally start at $25 to $30, but Bitcoin has them both beat with an average transaction cost of approximately $5 as of the writing of this article. Card swipes are a percentage of the transaction cost and can quickly become onerous; the cost of purchasing a simple computer can incur tens or even hundreds of dollars in fees to the merchant with a credit or debit card, to say nothing of a $40,000 or more Tesla vehicle. Of course, the speed advantages of Bitcoin to wire transfer or ACH are also quite obvious, with Bitcoin confirming in minutes compared to the 24-hour turnaround that is common in legacy financial systems.

With its combined speed and efficient transaction cost, the use of Bitcoin seems to be a no-brainer for big-ticket items. However, as beneficial as the surging price of Bitcoin can be, it has also impacted the transaction fees. A $5 transaction fee may seem like a steal compared to a $30 wire transfer cost or a $100 credit card swipe, but it completely rules Bitcoin out as an option for paying for, say, a cup of coffee. That is where altcoins enter the picture. Bitcoin Cash (BCH), for example, has many of the same speed and transaction benefits of Bitcoin, but costs a fraction of a penny to send in comparison, even if the coin doesn’t carry anywhere near the same value or cachet as Bitcoin itself. As a Bitcoin fork, it doesn’t have the same level of institutional interest as Bitcoin itself, but it doesn’t need to; it simply plays a different role and is just a different tool in the toolbox.

This is why Bitcoin’s surging price and adoption are such good news for digital assets as a whole. Bitcoin is the flagship of the cryptocurrency sphere and its best representative, and is a rising tide that will lift all boats. For any disadvantages that Bitcoin itself may not be able to cater to, there will be a fork or altcoin that will get the job done. With Bitcoin itself becoming such a household name, it then can also act as a gateway for people to find a coin that will work for them if for whatever reason Bitcoin itself cannot get the job done.

Bitcoin may always be the one with the spotlight, and given that it was essentially first to market, that may not change. However, that also may not be a disadvantage for the ecosystem as a whole. Interest in Bitcoin will inevitably splash over into forks and altcoins, which all have their own value propositions. Bitcoin taking the forefront and clearing the way will allow other participants to eventually have their own day in the sun.