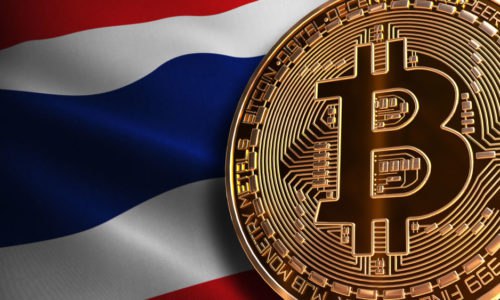 Thailand has driven through several new implementations of blockchain and digital assets over the past year. In April, the Siam Commercial Bank tested blockchain for cross-border business-to-business payments. In May, the Bank of Thailand built a blockchain-based system to settle payments more cheaply and quickly. Now, the Bond Association of Thailand has announced that it will issue a digital asset to provide those same benefits to the bond market and streamline yet another aspect of Thailand’s banking system.

Earlier this week, the Bond Association’s President Tada Phutthitada stated that the asset’s first use will be used to register the issuance of bonds, pending approval by the Thai SEC and the Bank of Thailand. The TBMA represents the first fin-tech service in Thailand applying towards both regulatory sandboxes, which will ensure that the project works with Thai regulators to ensure that it keeps up with a changing regulatory environment as its phases progress. The Thai SEC already seems to be on board; a week prior, Thai SEC Secretary-General Ruenwadi Suwanamongkol called for regulators to incorporate blockchain into the market infrastructure, saying, “The SEC has initiated guidelines to use DLT [distributed ledger technology] as a digital infrastructure in all capital market activities. This will make the whole process in the capital market more efficient, save the cost of access or use to market participants in all sectors. It is also transparent and verifiable will benefit access to services in the capital market.”

The first phase of the project will allow cut settlement time for bonds in the Thai market from 15 days down to 3. Once this is complete, the second phase will allow trading of digital assets that are backed by bonds through the blockchain. This will also introduce greater efficiencies as physical bond certificates will no longer be necessary, allowing quicker access to the market, reducing settlement risk for investors, and boosting market liquidity. Furthermore, the shift to digital assets will eliminate middlemen as trading moves to a more decentralized flow. Executive Vice President Chaitat Prachuabdee states that the new infrastructure will also improve the bond market by making bond information more transparent and accessible.

The Association states that the project is slated to complete within 24 months and will be open to anyone registered in the Thailand bond market, including regulators, companies, issuers, and investors. The trading platform will use smart contracts as a base and use a private blockchain to carry out trading, using bond transaction verification and a digitized settlement basis. It will also provide access to interest rates, payments, and other bond information to users. A tokenized asset called a ‘bond coin’ will be the main means of exchange on the blockchain.

These developments come at a pivotal time, as Thailand’s bond market is continuing to grow year over year, and any innovations to make the market faster, cheaper, and nimbler will be extremely welcome. If a global recession comes to pass, investors will continue to flock to the stability of the bond market, increasing demand for bonds further still. Thailand will be well-poised to take advantage of the new influx of demand. 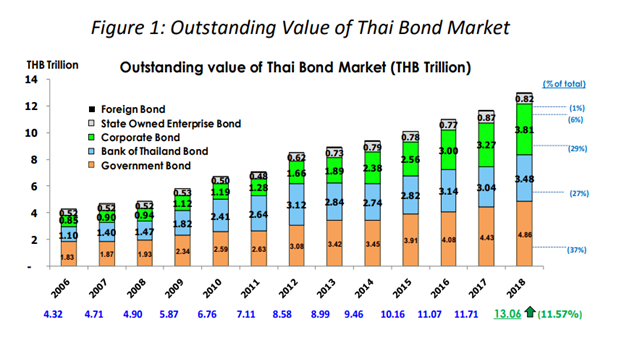 Further demand for Thai assets including bonds may spike due to experts expecting the baht to remain strong. As of now, the baht is the best-performing Asian currency, up 6.1% against the US dollar to reach 30.66 at the end of August. Kasikornbank forecasts the baht-USD exchange rate to remain at 30.5 through the end of 2019, presuming the United States Federal Reserve stays on course with its monetary policy and proceeds to cut its rates at least twice. In contrast, Kobsidthi Silpachai, head of capital market research at Kasikornbank does not expect further easing by the Bank of Thailand after their rate cut in August. If the US rate cuts proceed as planned, it will increase liquidity throughout the world, and Thailand has a reputation as a safe haven to store assets in.

This is reflected by the Thai Ministry of Finance’s stance regarding growing global recession concerns. Thai Finance Minister Uttama Savanayana stated that while the Thai economy could be affected by trade and economic conditions, there are other actions that the ministry is holding in reserve to keep the economy afloat, including stimulus measures and private investment. Earlier in the month, Uttama Savanayana stated that the economy was slowing but could be expected to grow 3% in 2019 with stimulus efforts, and did not feel the country was seeing a recession itself. Much of the impact in Thailand’s economy is being felt by actors outside of its control, such as the US-China trade war. Some sectors are continuing to show bright spots despite this; July showed tourist numbers up by 4.7% and tourist spending up by 3.11%. Tourism is one of Thailand’s prime industries, and historically a type of industry that suffers badly during a recession.

Despite growing global recession concerns, the Thai market is still very much open for business. With TBMA’s efforts to utilize the blockchain for trades, Thailand continues its long streak of innovation incorporating digital assets into its financial system in a sector that will be extremely vital over the next few years. The Thai bond market continues to grow and the technical improvements will make it an extremely attractive option for both domestic and foreign money.