Effects of the American-Chinese Trade War 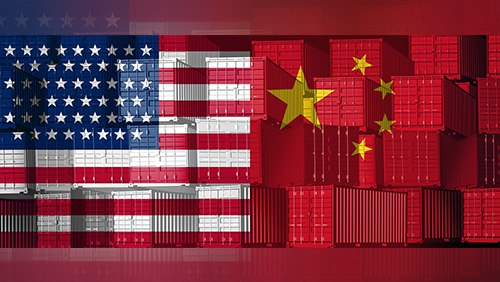 How to Diversify and Adjust the Sails for What Lies Ahead

It has long been the opinion that the global economy is due for a significant correction for some time. For a time, such talk was resigned to mere pessimism or doomsaying without any real-world basis. There is now more factual, hard evidence that can no longer be ignored. However, with all global economic phenomena, not all countries are impacted the same way. There is mounting evidence that the Southeast Asia region will be affected much more strongly than most when the inevitable downturn does arrive, and a wise asset manager would do well to search for opportunities abroad to invest in to diversify their portfolio.

When the Hong Kong dollar was pegged to the US dollar in 1983, the world economy was in such a state that it largely followed the behavior of the United States economy; when the US economy rose, the rest of the world tended to rise with it, and vice versa. Economies were much less interconnected than they are now, and trading patterns were far more predictable. Pegging to the US dollar made sense back then, and in fact, Hong Kong benefited terrifically from the arrangement as the US economy grew. From 1983 onwards Hong Kong became the financial center of the Far East markets which only solidified further after the transfer from British rule in 1997.

However, due to differences in the economies of the two countries, the peg is looking more and more like a precarious proposition. Hong Kong essentially imports US monetary policy as a result of its peg, which led to great benefit during the 2008 financial crisis as the US cut rates. As a result of all the levering that followed afterwards, the bank assets to GDP ratio has ballooned to an unsustainable level, mirroring the high levels that led to the difficulties found in Iceland, Ireland, and Cyprus during the economic crisis. 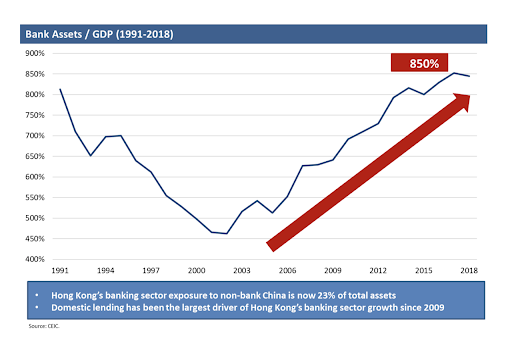 Because China has joined the WTO and invested far more in its own infrastructure, it is much less reliant on Hong Kong’s presence. This does not change the fact that Hong Kong is still an absolutely major player in Asian markets, but if it does not alter its strategies to reflect the changing conditions, it will be struck harder than most by adverse global economic conditions since the base conditions that brought it that great prosperity will no longer exist. Due to Hong Kong’s natural strategic location as a major port city, though, other countries reliant on their services will absolutely be impacted by any changes in the Hong Kong economy as part of the domino effect.

How the Trade War will Impact Other Countries

Trade wars are aptly named; much like real warfare, they are won simply by making your opponent suffer more than they do the same to you. Even if the war is won, you will still suffer great losses in the process. The US-Chinese trade war has led to financial losses on both sides, and if China’s economy suffers as a result, it will impact the Southeast Asia region as a whole as collateral damage due to China’s proximity as well as the size of its economy in terms of scale. The prospect of a second term for President Trump suggests this behavior could continue; although he is due up for re-election in 2020, historically incumbent US presidents win their second term 74% of the time, giving better than even odds that this behavior will continue. 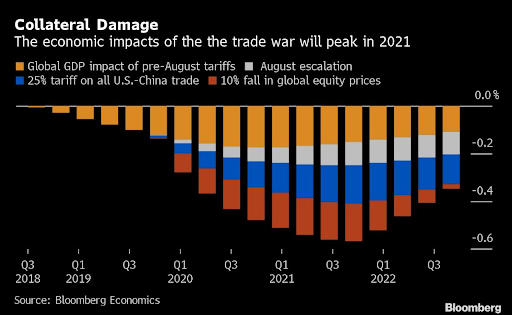 Due to lagging indicators, some impacts of the trade war have not even truly been felt yet. There will be further damage that only makes itself known in the years ahead. And again, due to the interconnectedness of Asian economic systems, a global slowdown could pile onto already inflicted damage for even more dire effects. The next round of tariffs will likely target a larger share of consumer goods, meaning that the longer the war goes on, the more individual consumers will feel the effects more than financial institutions. The offshore yuan has already sunk to 7 below the US dollar, which has been seen as a historical barrier. Now that it has sunk past this point, it may spur further action by the Chinese government to prevent the currency from devaluing further. 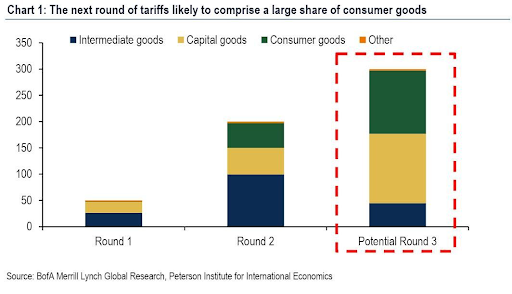 This is especially concerning to Thailand in particular, as the Thai baht is one of the currencies that the Chinese yuan is directly connected to through its managed floating exchange rate. Not only that, but Thailand is one of China’s top ten trading partners, able to hold its own even with much larger economies like that of the US and EU. The Thai GDP is one-twentieth of the United States’, yet Thailand trades with China at one-eighth of the US’s volume. They are much more dependent on China as a trade partner than the US. If the US-China exchange is straining these countries, it will certainly have knock-on effects with China’s largest trading partners. Add to this that the Thai and Chinese economies are highly interconnected and still growing; trade volume has grown from a mere $4b in 1999 to over $50b in 2016. Needless to say, if the Chinese economy falters as a result of the war, Thailand will feel the squeeze along with them. 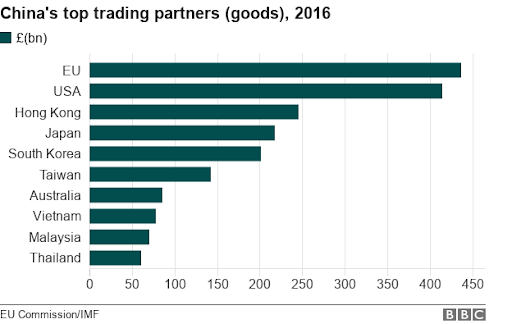 How Digital Assets Can Bridge This Gap

You’ll notice that over the scenarios just described, they boil down to interactions between specific countries that have become inflamed and result in economic damage as a result. The strength of digital assets is that they provide a medium of exchange that passes by barriers such as exchange rates and tariffs, which add costs to investment that can be challenging enough to handle even without the prospect of an incoming economic correction. Cost is an inevitable part of doing business, but when returns are lower than you’d like, cutting out as much of it as you can help your bottom line all that much more.

Although the modern digital asset space has not been around long enough to witness a 2008-level event, they have already proven to have many characteristics of typical safe haven assets such as gold, such as a transparent supply level that increases only slowly over time that will see a cap at some point in the future. The price even shows a level of correlation, putting aside specific unique events such as the Bitcoin halving. It is interesting to note that the Trump administration increased Chinese tariffs from 10% to 25% at the start of May 2019 after several months of relative quiet in US-Chinese trade relations, and it took less than a week for both Bitcoin and gold to record measurable spikes. China responded on June 1 with their own tariff hikes, and both prices went higher still. In times of economic uncertainty, it is likely that digital assets will serve as a useful hedge and a means for growth as an uncorrelated asset.

Secondly, digital assets provide a more appealing route when your particular region is being hit harder than others during a correction. As mentioned earlier, there are many reasons why Southeast Asia is going to experience a greater degree of difficulty than others when the global market does finally feel the impact. Regional investments will be harder to stomach when their returns are low, and international investments may have their own set of obstacles that will be just as difficult to overcome. Digital assets bypass both of the problems mentioned earlier; they allow access to international investments without financial or legislative obstacles. Add to this the fact that Varys Capital is the only digital asset fund with a presence in Thailand, and you have a way to solidify your position in this emerging market.

Going forward, it is important to ensure that you are protected from a correction in the global market. Every month, more and more information comes to light that shows that at this point is not if at this point, but when. Thinking outside of the box and bypassing obstacles that are sure to spring up with traditional investments will help you become more sure-footed when others will inevitably falter.